I'm still yet to receive my DOOM code, but I'm looking forward to playing it as it doesn't look like a steaming pile of crap like most of the shooters from 2015. Our friends over at Gamers Nexus have benchmarked id Software's new first-person shooter, with a slew of video cards and reported that the Radeon R9 390X loses out to the GeForce GTX 980 at 4K. Remember, DOOM requires 5GB+ of VRAM to run the 'Nightmare' graphics setting, too. 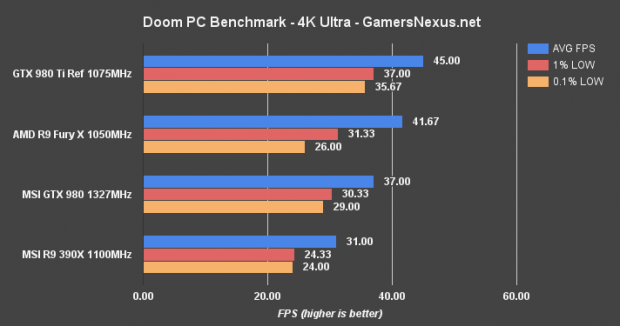 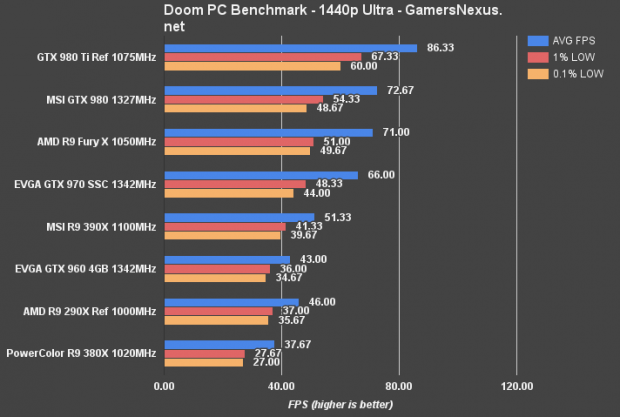 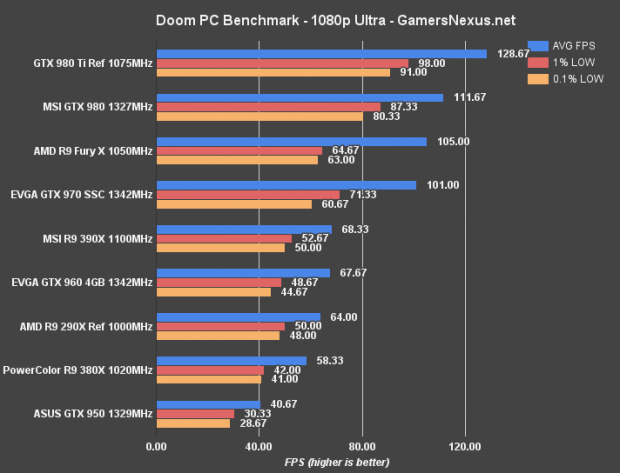 We will be doing some of our own testing in the coming days, so keep an eye out - but thanks to Stephen @ Gamers Nexus for these results!