NVIDIA revealed most of the details of its next-gen GeForce GTX 1080 during the launch event, but now we know absolutely everything that makes the GP104-powered card tick thanks to a leaked GPU-Z screenshot. 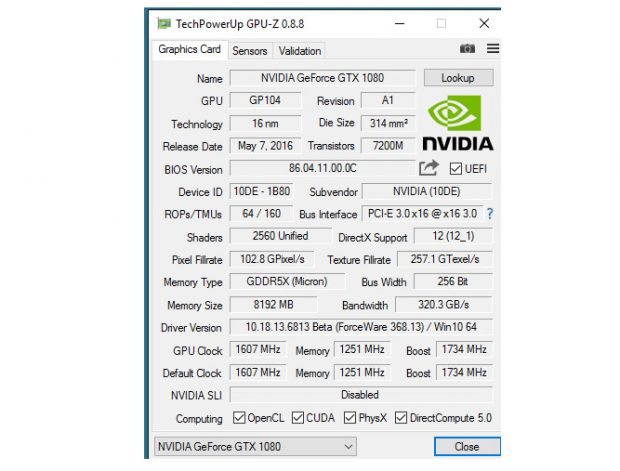 The leaked GPU-Z screenshot of the detailed specifications of the GTX 1080 tell us that it has 64 ROPs and 160 TMUs, alongside the 2560 CUDA cores, which we already knew. It has 8GB of GDDR5X RAM clocked at 10GHz, with 320GB/sec memory bandwidth over its 256-bit memory bus.