One of the things we can talk about from NVIDIA's Editor's Day 2016 is that Bethesda took the stage with DOOM, which will be released in less than a week, running on the new GeForce GTX 1080 video card.

DOOM was running at 1080p (the limitation of the LED video wall at the event) on the GeForce GTX 1080, but then Bethesda dropped the bomb that DOOM would include support for the Vulkan API. Once they did this, the frame rate went from around 50-55FPS to 120FPS+ constant, which is super impressive.

With DOOM dropping next week, you can be sure we'll be running it on our GeForce GTX 1080 as soon as we can. 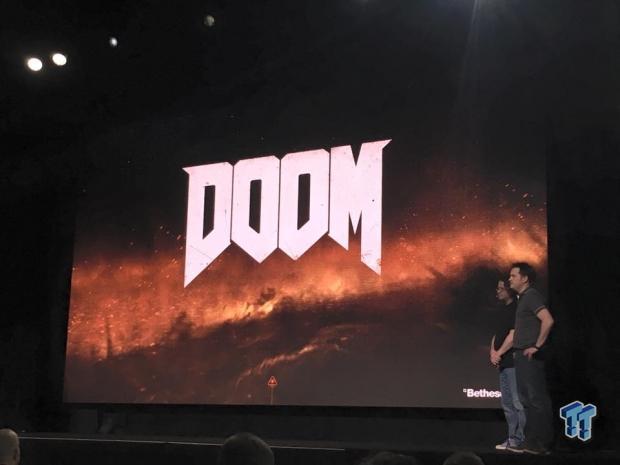