The full specifications for Microsoft's self-contained HoloLens AR headset have been unveiled, showing a suite of specifically optimized hardware.

HoloLens sports mobile-grade specs with 2GB of onboard RAM, a 1.04GHz Intel Atom CPU (14nm Airmont), and just 64GB of storage. Keep in mind the HoloLens will likely be powered by highly optimized software, so the hardware isn't the full picture. Microsoft doesn't exactly detail the specifics of the mysterious Holographic Processing Unit (HPU), which can process whole terabytes of real-time data from the headsets sensors. Interestingly enough, the storage is actually enough for a full suite of apps and games, as Windows Central notes that most of the content doesn't require a lot of installation space. The battery is pretty meager, though, offering just 2 hours of uptime.

HoloLens dev kits started shipping earlier this year at $3,000 a pop, and the AR headset supports an array of nifty features like real-time augmented reality gaming. Although the HoloLens is self-powered and doesn't need any external systems, it can be used in conjunction with existing Microsoft hardware to do things like projecting live gameplay from Xbox One games. 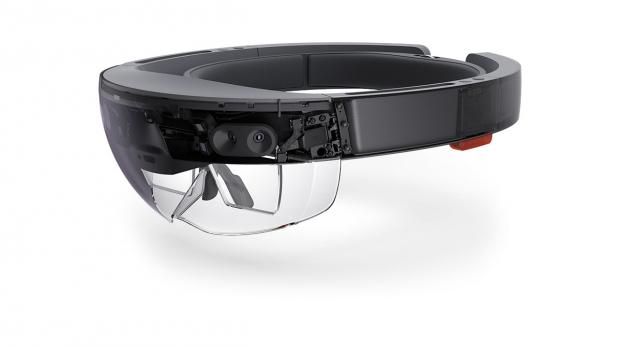