The last chapter in From Software's epic Souls franchise is already a rousing success across the board, pulling in over half a million sales on Steam alone.

Dark Souls 3 has smashed sales records and is now the fastest-selling PC release in the history of the franchise. According to figures published by SteamSpy, as of April 13 Miyazaki's tortuous medieval epic has sold 528, 435 copies on Steam since its release. That's over half a million sales in just three days time. Doing some simple math and multiplying the game's cost with the copies sold, we see that Dark Souls 3 has earned a whopping $31.7 million dollars.

Despite reports of Dark Souls 3 being plagued by a game-breaking bug, the new RPG has also broken the record for the most concurrent Steam players after release, dethroning Dark Souls II. Since it's the last game in the triumphantly popular Souls series, tons of gamers want to get in on the action and experience From Software's send-off to the franchise.

Given the tremendous sales so far, Dark Souls 3 is on its way to become a best-seller and possibly one of the top-selling games of 2016. One of the major benefits of the Souls from a marketing standpoint is that the games are timeless. The series has inspired a devout cult following that only gets stronger with time, and I foresee the legacy of Dark Souls 3 being celebrated for years to come. 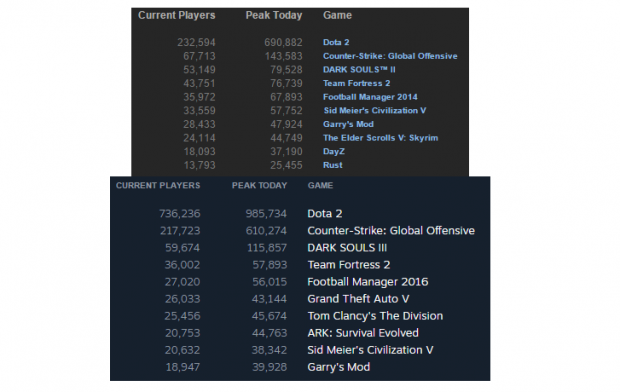