The US military has christened an experimental warship that drives itself and hunts enemy submarines for months at a time. Named Sea Hunter and measuring 132 feet, it's said it will prove a major asset in Chinese and Russian counter-warfare (both countries have been making naval advancements to a degree that greatly concerns the US). 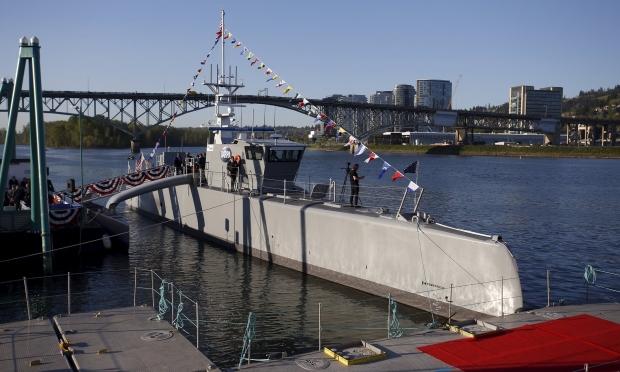 The ship is powered by two diesel engines and can go as fast as 27 knots.

Once it is proven safe, US defense secretary Robert Work says he hopes Sea Hunter will continue testing with the US Navy's 7th Fleet based in Japan, and eventually operate on a variety of missions, perhaps even those involving counter-mine warfare.

The ship, developed by DARPA, is projected to cost $20 million with a daily operating cost of $15,000 to $20,000 -- big numbers by most standards, but relatively small for military ones.