Apple's iPhone SE -- effectively an upgraded 5s -- wasn't full-blown hyped, but it seems to be selling like it anyway: demand for the 4'' device is outstripping supply as most stores are now posting stock-outs and delays, saying that new orders won't ship for as long as a few weeks from now. This includes both online and retail outlets (including Apple stores), not just nationally but internationally. 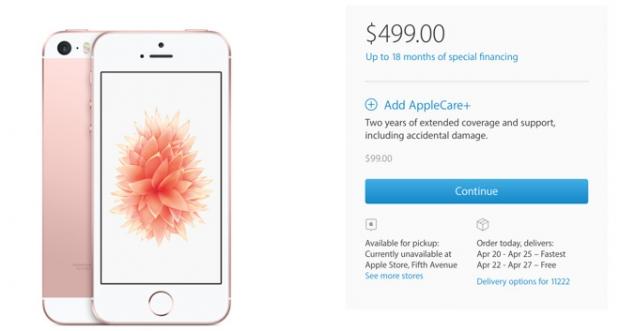 The fastest you get can one as of press time is April 12, and there you're likely limited to the smaller $399 16GB models. If you want a $499 64GB model, you'll have to wait until April 20-27. This is all assuming you're willing to pay for faster shipping, mind you.