One of the more exciting games that I played at the Game Developers Conference last year was from Crytek, in the form of The Climb. The Climb is a VR experience exclusive to the Oculus Rift for now, and it is awesome.

Crytek has just released a new 360-degree video on The Climb, where you can use your mouse cursor to drag and explore the screen in the full 360 degrees, with Crytek explaining The Climb as: "Mountains tower over a serene lake, eagles soar over a fairy-tale castle, and wingsuit daredevils fly past cable cars - which you'll get to climb across in the game - as you control the camera direction and explore Alps". 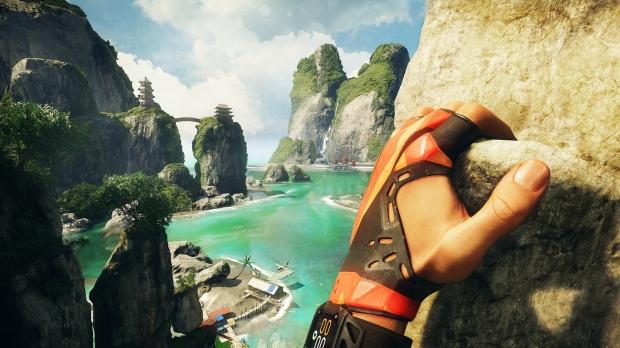