EVE: Online has a spectacularly intricate political structure that's not unlike a sprawling sci-fi epic. Instead of a regal Padishah Emperor or Galactic Empire, the dreaded Imperium sits upon the throne of the EVE: Online universe, reigning over all other coalitions and clans. Thanks to the donations from an online casino, thousands of players have formed the Moneybadget Coalition to dethrone the space titan once and for all.

So why are EVE: Online players fed up with the Imperium? The Imperium apparently extorts players with the Viceroy System that has players paying cash for protection. Space is dangerous, after all, and it'd be a shame to see your hard-earned dollars wasted when your ship is utterly demolished. The Imperium also delights in earning the ire of its foes and stirring up other players: "We thrive on having our enemies be completely unhinged and hating us," Alex "The Mittani" Gianturco, one of the Imperium's leaders, said to Polygon. "We figured out a scalable way to conquer the galaxy without taking any territory."

The rebellion--in this case the Moneybadger Coalition--is now striking out against the nefarious Imperium. Online gambling site I Want ISK is funding the rebel's fleets, which measure in the thousands of dollars. Armed with its new fleet, Moneybadger swarmed Imperium space in an attack now known as the battle of M-0EE8, which actually broke the previous record for most PVP kills in a single battle.

"People have watched Goonswarm become the CFC and have watched the CFC monetize itself into The Imperium," said Mark "Seleene" Heard, EVE vet and ex-CCP dev.

"They've watched Mittani do all these interviews and all this other stuff, and I think that the collective psyche of the Eve community has gotten tired of it."They want to see the game represented by a plurality of what the player base is, as opposed to ... almost always having something to do with [CFC] guys."

The war is far from over, and we can only imagine how much cash will be lost as the galaxy fills with laser fire and wanton destruction. Moneybadger had been amassing its forces since November of last year, and has only now struck--and it'll be quite some time before either the Imperium is finally dethroned, or the rebellion is crushed.

One thing's for sure--it's great to see EVE: Online players attempt to win back the power reserved for a single coalition--it really is a story right out of a space opera. 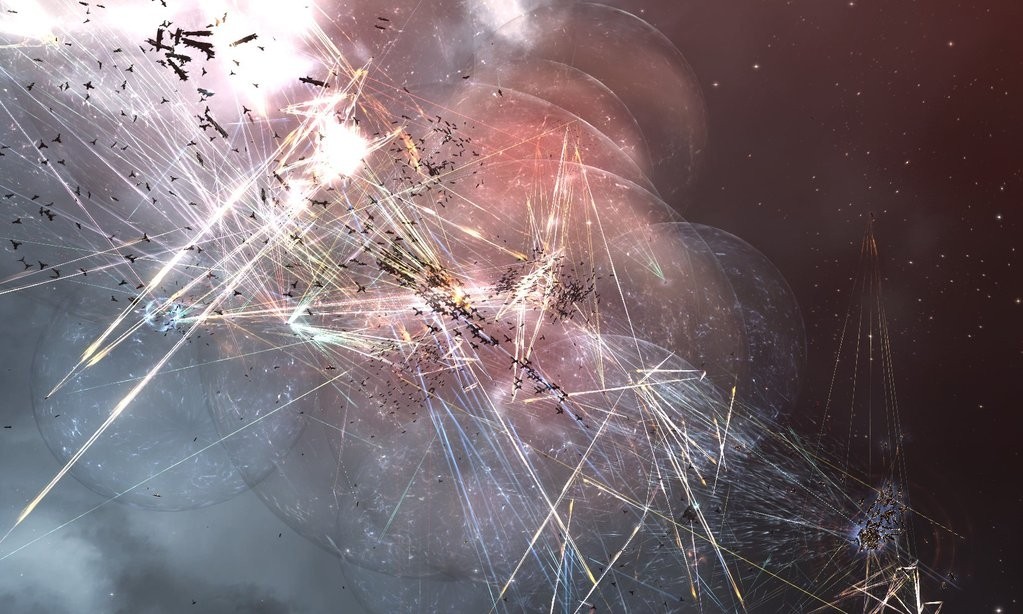