Acer has just released a new member of its Predator gaming products, with a new gaming projector known as the Predator Z850. Acer's new Predator Z850 projector is something Acer says is the world's first ultra-wide HD laser projector designed specifically for gaming. 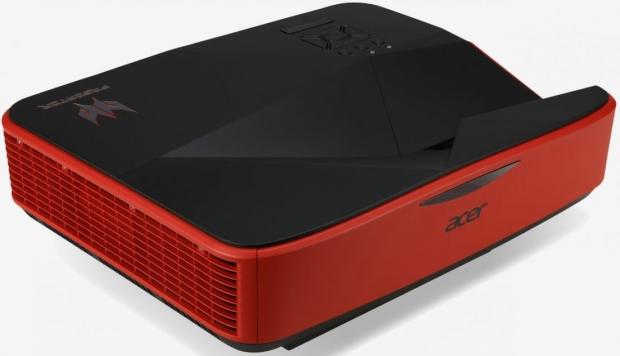 Acer includes a top-mounted lens and mirrorless ultra-short-throw technology that makes the Predator Z850 capable of blasting 120 inches of screen - at a minimum distance of only 18.5 inches. This is great for rooms that might be too small for a traditional projector setup, such as your gaming room or smaller lounge room. Something that's quite unique, is that the Predator Z850 can be packed up and moved immediately after use, without needing time to cool down. On the back, we have a slew of connectivity and even an optional wireless kit that will provide 1080p lossless streaming without the cables needing to be connected to your PC.

The Acer Predator Z850 is available in the US right now with a rather large price of $4999, so you'd have to decide whether you want a smaller 4K-capable TV, or a super-huge projector setup (that's still not even 1080p). Hmm.