IBM's Watson and other AI systems like it are very impressive showcases of the kind of learning that a well developed deep neural network is capable of. Even Tay, the rogue Microsoft millennial AI that favors the PS4 over the Xbox One and seems to dismiss the Holocaust, is a feat of software engineering and learning that's pretty fantastic. But compared to the human mind, it still takes these machines, which rely on GPU's CPU's and at times even specialized ASICS to process such enormous amounts of data in parallel, far longer to learn even simple tasks. And it can be energy intensive, far more so than the human brain. But IBM thinks, and knows, that there's a better way. 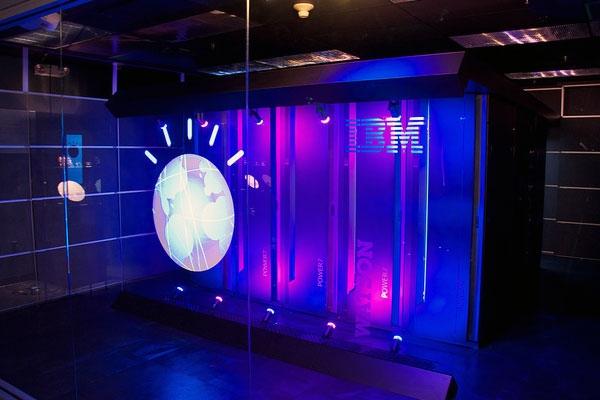 IBM and the crew at the T.J. Watson Research Center want to use a specialized processor called the resistive processing unit, which is a marriage of CPU with non-volatile memory, that could exponentially speed up machine learning. It does this, essentially, by allowing the different parts to communicate at rate that's at least 27x faster than a traditional DNN setup. Learning involves moving forward and backward, analyzing data that's stored in memory, making that a bottleneck in this application. It could then massively increase the ability of these networks to learn, making speech recognition and similar AI functions in what could almost be near-realtime.

This type of processor is only theoretical at the moment though solving this obstacle in even an incremental fashion could bring about a sizable speed increase. The researchers even mention the ability to see an advantage of up to 30,000 times should they design and implement a device made specifically for their own DNN software. "We propose and analyze a concept of Resistive Processing Unit (RPU) devices that can simultaneously store and process weights and are potentially scalable to billions of nodes with foundry CMOS technologies. Our estimates indicate that acceleration factors close to 30,000 are achievable on a single chip with realistic power and area constraints,"

The implications of this are many, with the proliferation of different AI's, even in cars, being a common enough occurrence that it could be even more prolific. We could see AI solving problems for us, more than just making recipes, in a fraction of the time that they do while coming up with real solutions to complex and intricate problems. Finding vaccines or solving the issues of faster-than-light travel might be a bit easier with a constrained and targeted AI. The best part is that these theoretical RPU chips can be built using traditional CMOS technology. This could be very interesting for anyone looking to further AI research in ways that are not quite possible yet.