Shader Model 5.0 is old, having come out in 2009 with DirectX 11. It's long overdue for some innovation and a few changes to make it better than it is. Sure, games look great using the underlying model, but wouldn't it be nice to have something a bit more advanced to go along with the improvements made to the lower level graphics API? 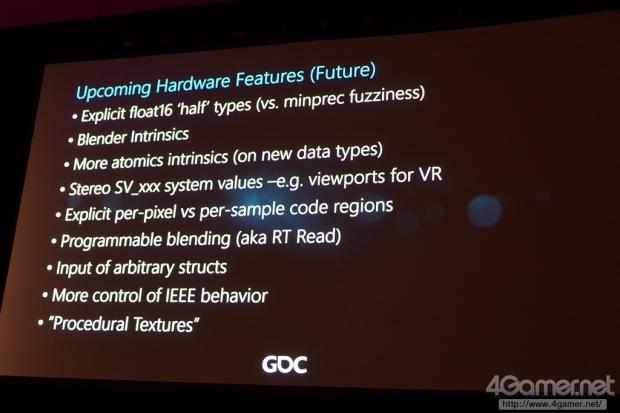 Microsoft has been working diligently to get Shader Model 6.0 out the door, but not too quickly, of course. They're quickly putting the finishing touches on the next set of technologies and talked about them at GDC this year. The biggest change that will greatly affect game development is the switch to using Clang as the frontend for compilation of applicable programs. That alone can increase the actual speed and efficiency of programs by a few percentage points, if not more. It does mean that drivers have to be re-worked by AMD and NVIDIA to make it backwards compatible, but that's also actively being worked on as well.

The new shader model is also going to have some very intriguing benefits for VR as well. There's the ability to change the pixel size and use procedural textures, so that anything that's calculated as being on the periphery of your vision can simply be a bit lower resolution, saving precious processing power. Our peripheral vision is blurry anyway, so it likely won't make a difference to the experience aside from increased framerates. And there's even more improvements too.

New wavefront scheduling optimizations, the scheduling of similar instructions that are grouped together, theoretically could improve performance by a decent amount as well. That means we'll see better multi-threading where the scheduler can make better use of all the available resources so there are very few idle shaders, and it can break things up into separate tasks much easier. It could mean that resource-hungry operations can be spread out much easier, making them faster.

It's not quite here, however, but is more than on the way. They've still got a bit to do before it's completely operational, but considering the work that's been done already, we should see it introduced by this Summer. If there isn't an improved, or evolved, Xbox One, then this might breathe some new life into the console too.