IO Interactive is asking a very important question to setup for the very first Hitman interactive contract. Who would you rather kill? Gary Busey, or Gary Cole? The video they've prepared features the two Gary's as they explain just how terrible they actually are with, hopefully, fictitious arguments.

This "Choose Your Hit" campaign is a way to kick-off their dynamic elusive targets contract mode, which puts high-profile individuals in the game for a limited amount of time. Those individuals will be decidedly harder to take care of due to not having nearly as much time to prepare, or redo a mission should something go awry.

You can head over to the Choose Your Hit website and see more media and reasons why you should choose each Gary, and there's going to be more videos coming in the future from the two, explaining why they're the best one for you to choose. The winner will be decided with the use of the hashtags #KillBusey or #KillCole.

Hitman was released on March 11th and has thus far garnered a fairly neutral rating on Steam from those that have noticed the always-on DRM that requires an online connection in order to play the game. It also seems that some feel that it hasn't been optimized, though our own forthcoming performance analysis may be a bit shocking to those. Aside from those complaints, the gameplay itself is interactive, engaging, open and incredibly satisfying. 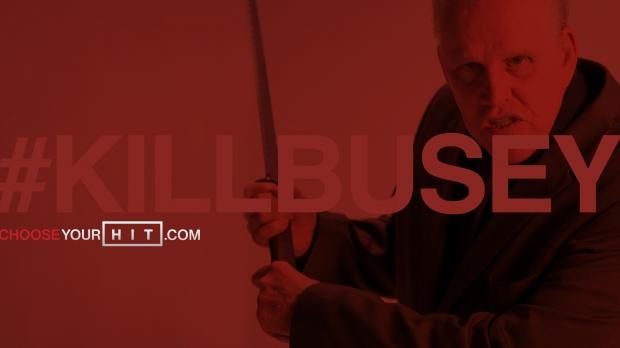