GDC 2016 - One of the stand out VR experiences from CES 2016 was Bullet Train from Epic Games, something we tested when we stopped by and had a chat with NVIDIA in Las Vegas in January.

At the Game Developers Conference, we wanted to try Bullet Train again - just because it's such an awesome VR experience. We noticed that this version was an updated build, with some slight changes - including the ability of being able to hold certain guns like the AK-47 with two hands, thanks to the Touch controllers on the Oculus Rift.

Check out the video above, where I explain it all. If you have the chance of playing Bullet Train, do not miss that opportunity - take it. It's the closest you'll get to being Neo from The Matrix. 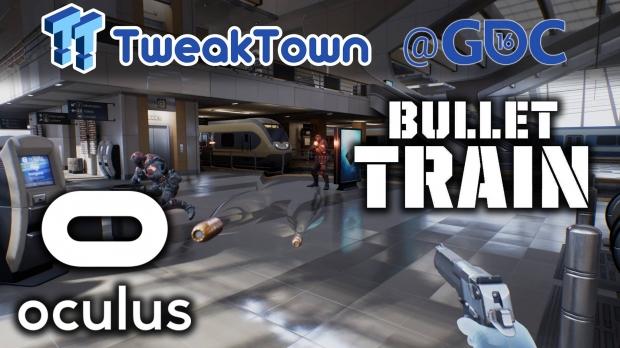