The biggest roadblock that VR faces is accessibility. Since PC-powered VR requires newer, higher-end video cards like NVIDIA's GeForce GTX 970 to function, users have to shell out quite a bit to update to the requisite hardware. But what if you could make an HTC Vive work with older, less expensive video cards? 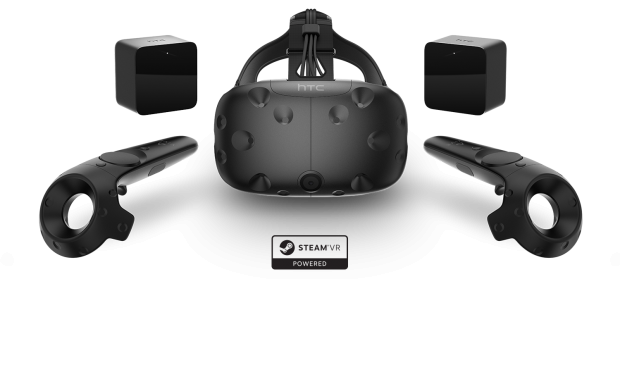 At GDC 2016, Valve's Alex Vlachos revealed that the company is working on a way to reduce the cost for VR by adding support for older video cards. By making older cards like NVIDIA's GeForce GTX 680 series compatible with VR, Valve would open the doors to accessibility by giving consumers an enormous range of PC hardware options to power the HTC Vive.

"I can run Aperture [Portal-themed VR demo] on a 680 without dropping frames at a lower quality, and, for me, that's enough of a proof of concept. As long as the GPU can hit 45 HZ we want for people to be able to run VR," Vlachos said at the event. "We've said the recommended spec is a 970, same as Oculus, but we do want lesser GPUs to work. We're trying to reduce the cost [of VR]. Most art we're seeing in VR isn't as dense as that. So we should be pretty good to go... everything should be able to support that low-end hardware. But we need the right safety nets in place."

To make older video cards compatible with the high-framerate, low-latency speeds required for VR, Valve is working on a plugin for the Unity engine that will dramatically improve rendering efficiency. This plugin is the key to getting SteamVR and the HTC Vive running on older-gen GPUs, and Valve has already made significant strides.