Programmer community site Stack Overflow's new survey sees OS X overshadowing Linux again this year as the more popular operating system among developers. Although Windows still leads the pack (currently at 52.2%, including the different versions), it's expected to continue trending downward, below 50% by this time next year. 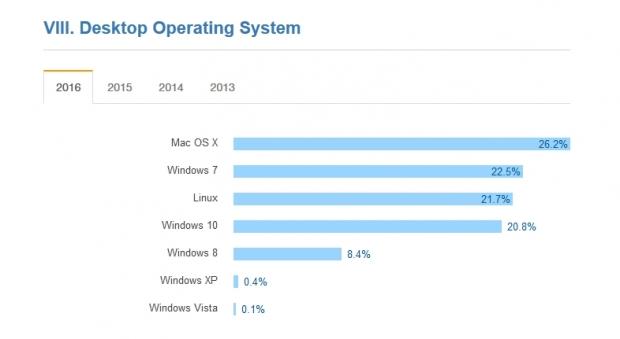 The survey -- which covers many topics -- is based on answers from more than 56,003 developers among 173 countries, which is said to make it the "most comprehensive developer survey ever conducted." Stack Overflow notes the survey is inherently biased against developers who don't speak English, at least not as their native tongue.