The Xbox One Preview Program is getting a pretty substantial update pushed out tomorrow. This update is finally giving you the ability to buy those Xbox 360 backwards compatible games straight through the Xbox One store itself. 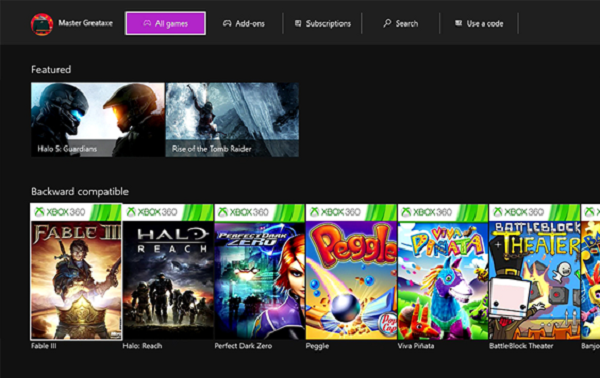 If you're lucky enough to have signed up and been chosen for the honor of this program, then you'll also be able to enjoy much larger Party Chat rooms, with up to 16 people able to tell you how much you such at one time. You'll also have the ability to include each person individually into your Twitch broadcast, though each person has the ability to decline should they want to. The party leader can also mute the voice of anyone who opted-in to being part of the broadcast, just in case.

And in case you want to show off the things you've accomplished with the nearly 30 million hours of Xbox 360 in Xbox One gaming time, then you'll also be able to share your Xbox 360 achievements in your Xbox One activity feed, which is only natural given that you can play those games on the console now. So why not celebrate all of your achievements properly.

The Gamerscore Leaderboard is now available to be used in full with the beta and in case you're curious about other people's avatar, there's a new mode where you can compare what you're both wearing. Of course minor changes to the Featured section have been made with a better assortment of games, deals and community events. The DVR has also been slightly improved, giving you the ability to set recording length.