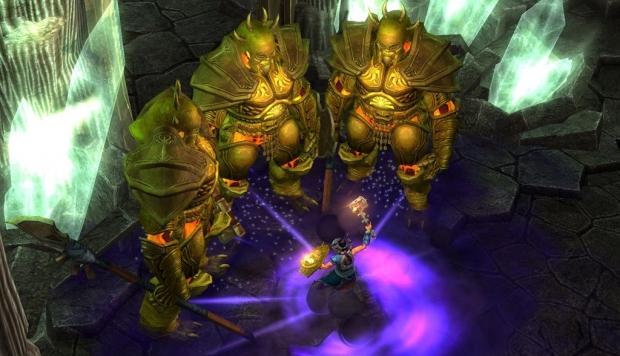 First up: they've removed GameSpy -- shut down since 2014 -- and replaced it with a new multiplayer and lobby system. (A follow-up patch has fixed LAN support, too.) Then on the graphics end, support has been added for 1280x720 resolution, as well as a new shadow mapping rendering technique. Lastly, improvements have been made to shaders and rendering. In short: you can play multiplayer again (without having to use GameSpy, no less), and better visuals.

If you're concerned about its interaction with the recent fan patch, we hear it's supposed to not cause any issues there. As well, Iron Lore is considering making the patch official.

Note if you're a GOG user, Immortal Throne will be arriving on that platform soon (presumably once a cumulative public update launches).