I fondly remember the days of id Software dominating the graphics engine market, where their competition became Epic Games when they released the original Unreal. The idTech engine was a tour de force of graphical power, which continued to evolve through new games like Quake II, Quake III and so on. 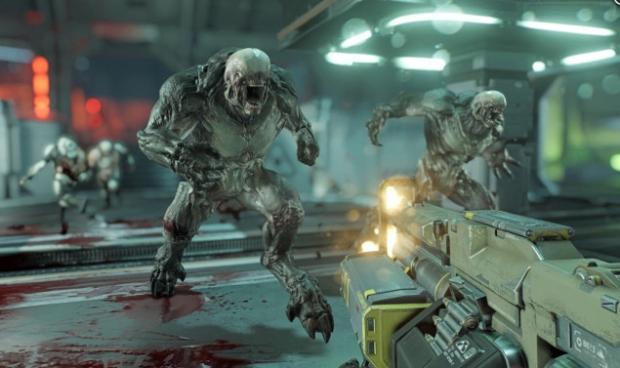 Well, id Software wants to bring those days back with the Doom reboot, with the company hiring several Crytek staff over the last few years. One of those acquisitions was Lead Rendering Programmer, Tiago Sousa. Sousa recently talked about the new Doom, and his goals with the new engine, where he said: "My hope is not a very humble one, but I'd like to help bring idTech back to the forefront of technology once again".

Lead Project Progammer at id Software, Billy Khan, said that the team is geared to make Doom the best looking game running at 1080p 60FPS - where we reiterate that's for consoles, where the PC version should run at 4K 60FPS and beyond if you've got the hardware to drive it. Khan said: "We want players to wonder how DOOM and idTech 6 games can be so visually stunning at 60 frames-per-second at 1080p on all platforms, when other titles cannot even achieve a similar look at 30 frames-per-second. Our goal is to be the best-looking game at 1080p at 60fps".