Sony is holding a special invite-only press event at GDC 2016 where it may reveal the release date of its PlayStation VR headset. 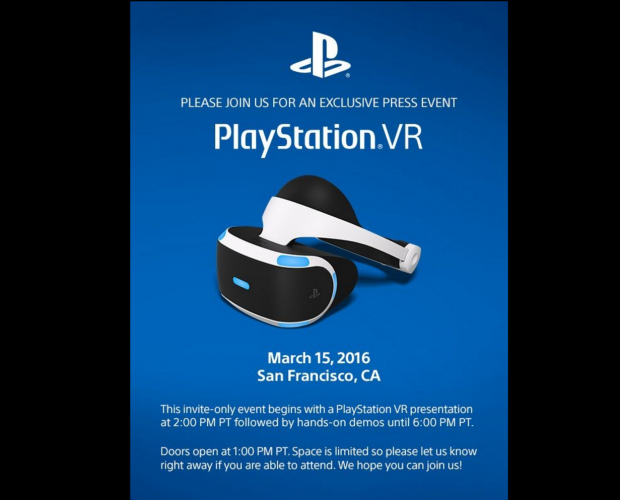 Now that we know the Oculus Rift is $599 and ships in March and HTC's Vive is $799 for a release in April, there's only one missing link to the VR puzzle: Sony's PlayStation VR. The Japanese console-maker is expected to follow its competitors by announcing pricing and launch info at its exclusive GDC event next month.

Unlike the HTC Vive and Oculus Rift, the PlayStation VR is purely powered by a PS4 and doesn't need a high-end PC to operate. There's a flip side to that, too, as the PSVR will be less powerful and limited to a console-based gaming environment. Check below for a quick rundown on the PSVR's specs, and we'll keep you updated once GDC hits next month. Sony's event is being held on March 15, 2016, and we may see livestreams go up.