Sniper Elite 4 just might be in development, or so someone's resume on LinkedIn just so happened to leak. When Rebellion was approached concerning the listing, they were more than happy to provide a statement that, more or less, confirmed that it's likely. 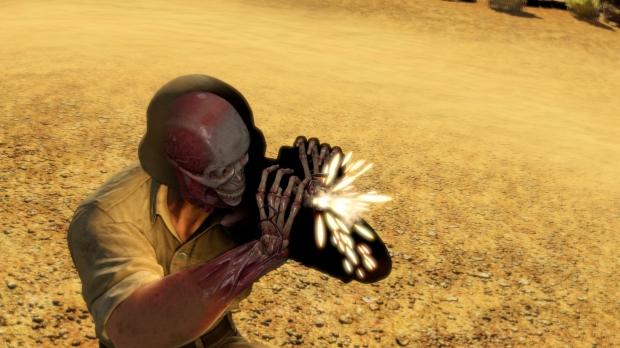 The profile is of an individual who works at a digital arts company called ADIA Entertainment, and has supposedly worked on Sniper Elite 4 as well as a great deal of other games and even as an architect for the Unreal Engine. Rebellion's Jason Kingsley, the co-founder, talked to Videogamer to dismiss the claims, despite being flattered by being searched for an mentioned alongside such high-profile games. The employee actually doesn't work for Rebellion, though they didn't outright dismiss that they worked on Sniper Elite 4.

In fact, he went on to say that "Last year we celebrated the Sniper Elite series' 10th birthday and 10 millionth sale, so our IP is still hugely important to both Rebellion and independent UK games development. We're actually gearing up to announce a new Rebellion game soon, so expect to hear more from us before GDC!" This ambiguous statement is almost a sure way of saying that it's coming, and likely well into development.