2016 is going to be the biggest year in GPU technology and gaming, so why not mix some of the biggest together? NVIDIA will be bundling The Division with its Maxwell-based video cards. 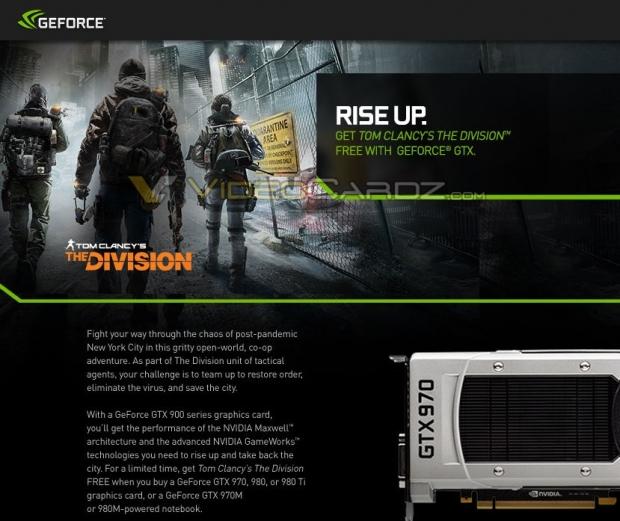 We can expect NVIDIA to begin talking more about The Division bundled with their Maxwell video cards in the very near future.