We don't know when to expect the Radeon R9 Fury X2 aka Gemini from AMD, as it was promised for late last year - but the dual-GPU from AMD has been teased once again, from recent AMD recruit and all round cool guy Scott Wasson. 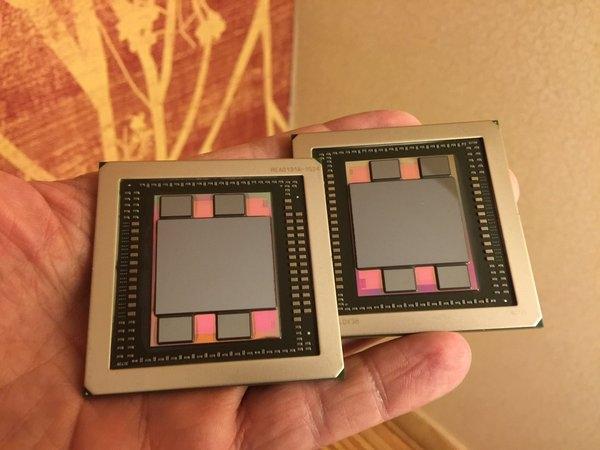 Scott posted an image of two Fiji GPUs on his Twitter account, without saying anything else. It's very similar to the marketing campaign for the Radeon R9 295X2, which saw reviewers teasing with the hashtag #2BETTERTHAN1 after AMD had sent them boxes of volcanic water and two cans of chips.

We should expect AMD to show off the Radeon R9 Fury X2 at GDC next month, well - that's what I'm expecting, anyway.