We've known for a while that the physics-bending sensation Rocket League was coming to the Xbox One, but we didn't know exactly when. Until now, that is--the wacky, chaotically-fun sports zoomer will hit Microsoft's all-in-one system later this month. 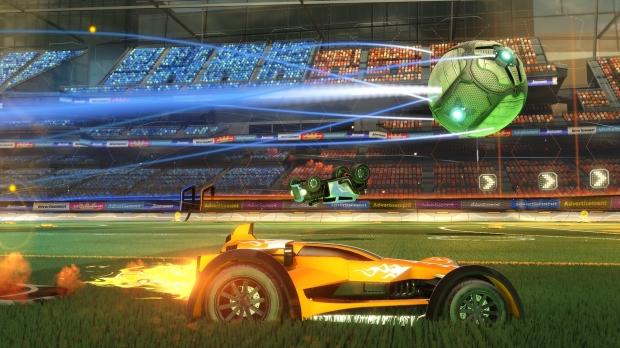 In a recent Tweet, the developers at Psyonix revealed that Rocket League is currently in certification with the ID@Xbox program. The devs targeted a mid-February release, and since the game's such a popular spectacle, I don't see how Microsoft won't make it a priority and fast-track its approval.

The Xbox One port will release right in time for Rocket League's new loot update, which dramatically improves item drop rates and quality.

If you've yet to play Rocket League, then you really should fire it up. It really is a blast, and this sport/racing mashup indie has pretty much blown up on PC and PS4. It's so popular that it even has its own Pro League. It's also super lucrative: Psyonix has raked in $50 million with Rocket League, which is 25 times the game's original budget.