AMD was all systems go at VRLA last week, but during the VRLA Winter Expo keynote, the company teased its dual-GPU... the Radeon R9 Fury X2. 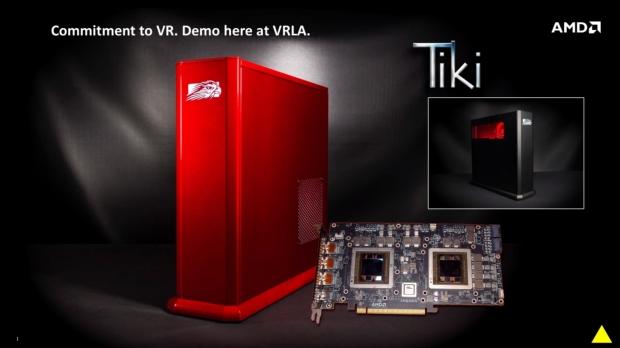 During his speech, Taylor said: "Last time I was here I also promised you that we would make the world's most powerful small computer for developers. We promised you we would take two of our highest end GPUs and put it inside that tiny box and if you go downstairs we actually have a demonstration of a dual GPU, 12 TeraFlops, fastest GPU solution in the world, inside of Tiki. It's a feat of engineering we are delighted with".