With VRLA over and done with, the speech that Roy Taylor gave during VRLA has now been uploaded. It provides a great insight into what AMD has planned for VR, which is great to see.

AMD has a major commitment into VR, partnering with countless industry giants, as well as their next-gen Polaris architecture. Polaris will be powering "GPUs to run minimum spec of VR, at lower cost, consuming less power, and running faster", says Taylor. I also agree, and I think Polaris is going to be absolutely paramount for AMD and Radeon Technologies Group. This is an exciting time for AMD, but what else does VR need to be huge?

AMD says that there's a killer app required - pulling the Sega card, and calling out Sonic the Hedgehog as making the first few Sega consoles successful. AMD is right, a killer app is required for VR headsets to truly take off - something that is so big, and so consuming, that everyone wants a VR headset.

The release of the Oculus Rift kicks off on March 28, and the month after HTC and Valve will launch their Vive headset. In the second half of the year, AMD will launch various Polaris-based video cards, while NVIDIA is poised to release their Pascal-based GeForce GTX Titan X successor at GTC 2016 in early April, while we should see the GTX 980 successor just before, or during Computex 2016 in early June. 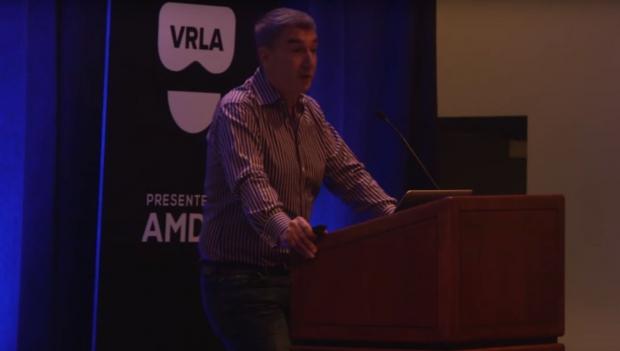