During NVIDIA's GPU Technology Conference last year, NVIDIA unveiled its new NVLink interconnect that would find its BFF in their upcoming Pascal architecture. 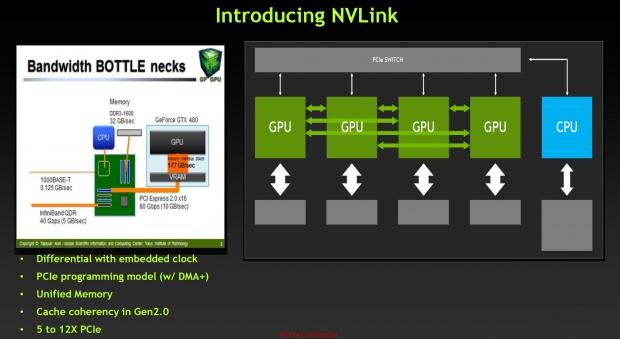 At the time, we wrote that NVLink had 5x the bandwidth of PCIe 3.0, with NVLink opening up the possibilities for 8-way GPU setups - compared to the limit of 4-way SLI that we have now. Well, AMD is now talking about its upcoming next-gen coherent fabric, which will offer speeds of an insane 100GB/sec throughout multi-GPU setups. AMD has said that its new APUs will also be supported, with compute machines set to benefit greatly, too.

The big question for AMD is still in the air - but RTG boss Raja Koduri has said that he can't reveal if memory coherency and sharing between the GPUs and APUs will happen with the new interconnect. It would make sense to see it happen, but I'm sure AMD is rolling towards a big reveal in the near future with its Polaris architecture.