NVIDIA has dominated the Steam hardware survey for December 2015, with its GeForce GTX 970 topping the charts with 4.89% of gamers on Steam using the GM204-based video card. 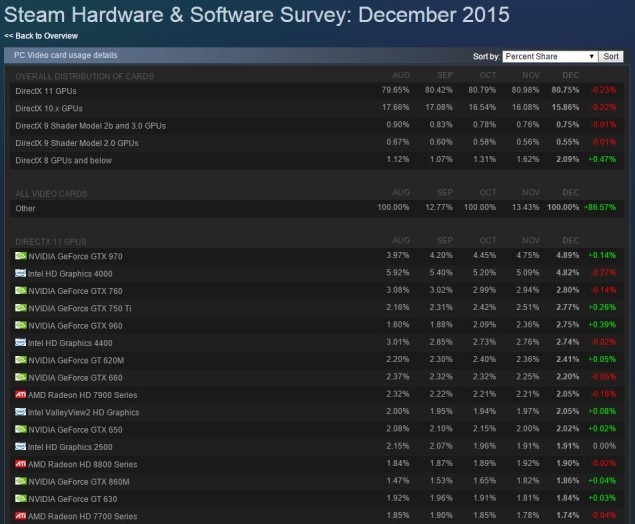 It's an interesting position for NVIDIA to be in, considering the hoopla the company went through with the 3.5GB memory debacle last year. The GTX 970 comes with a memory partition that sees 3.5GB of its 4GB used at once, with performance-related issues once you surpass 3.5GB of used framebuffer.