The full file size of Ratchet & Clank, an upcoming reboot of the classic series, has been revealed on the European PlayStation stores. In total it'll be mere 26.4GB, which is far smaller than some games that have been released as of late. 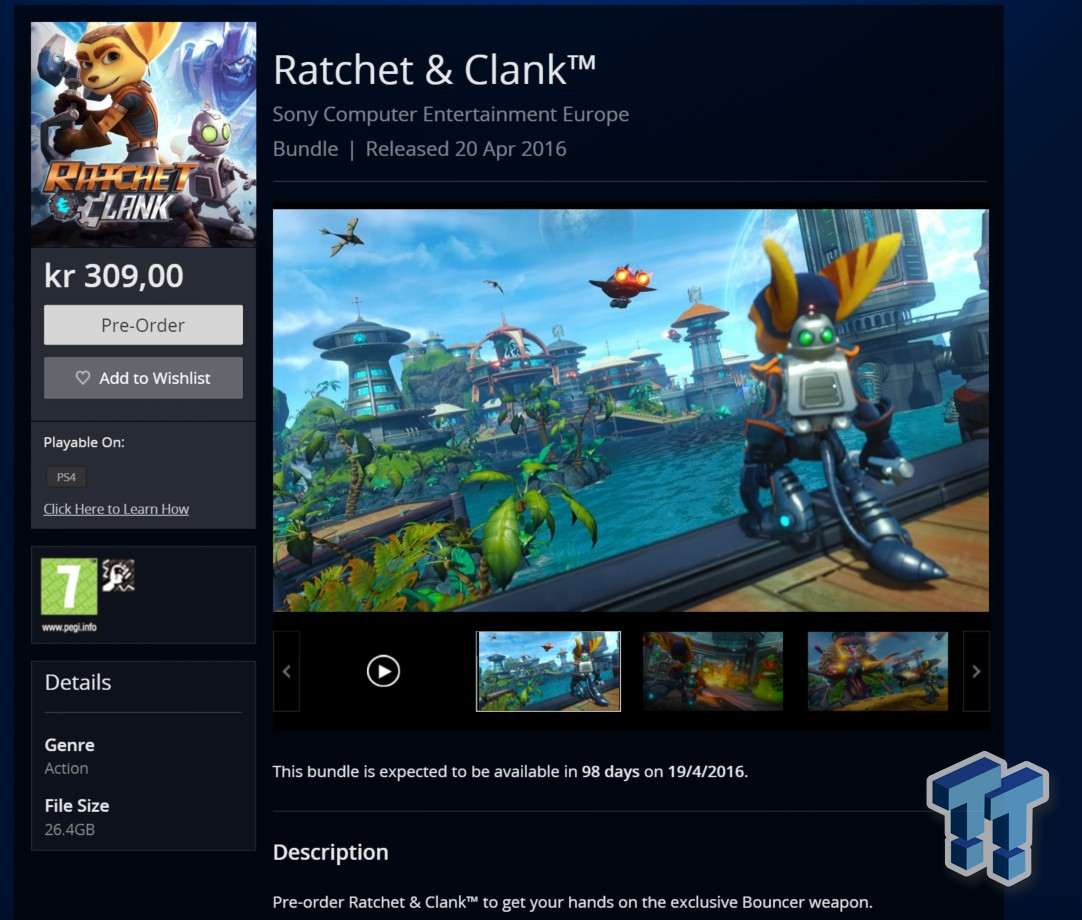 The North American store simply lists the installer size of 8MB, so it's quite the surprise that other regions have more information. Regardless, the smaller size compared to CoD: Black Ops III, The Witcher III and other should make your hard drive a little happier.

Just because it's smaller in size doesn't mean it'll be smaller in content, or fun, either. If this homage lives up even slightly to the hype that's surrounding it, then even if it's shorter than The Witcher III (which is inevitable because of that games massive length), then it'll be a far better and more satisfying experience.

The new Ratchet & Clank game is expected to be released on June 30th 2016, which is 170 days away as of this writing. This new game will be a sort of origin story, exploring how the two disparate characters became partnered. We can expect full 1080P graphics as well.