CES 2016 - AMD unveiled their new Wraith cooler at CES 2016, but had some more surprising news: that their upcoming socket AM4 platform will have a single socket. Yes! A single socket. 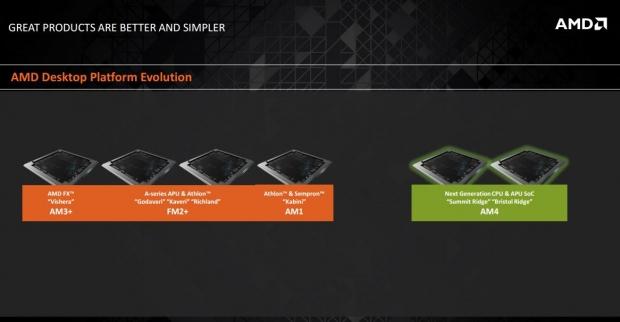 This means that there will only be one socket to choose from for the Zen-based CPUs and APUs, bringing their platform into unison. Right now, both AMD and Intel's sockets are fragmented, but everything goes into one path with AM4 which is just so great - not just for consumers, but for system builders, too.

As for Zen, AMD is promising 40% more instructions per clock than the current Excavator cores, by utilizing simultaneous multi-threading (SMT) architecture, that is similar to the way Intel does things with its Core series, compared to the cluster-based multi-threading (CMT) approach.