Apple had its biggest holiday season for the App Store to date, with a record-setting $1.1 billion in app sales from December 20 to January 3. January 1 was the biggest day of the bunch, with over $144 million in sales, ahead of the second biggest day: Christmas. Both of these days broke records unto themselves. Total year sales were over $20 billion, and total sales since the App Store launched in 2008 are $40 billion. In other words, this was an absolutely ridiculous year for Apple and app developers. 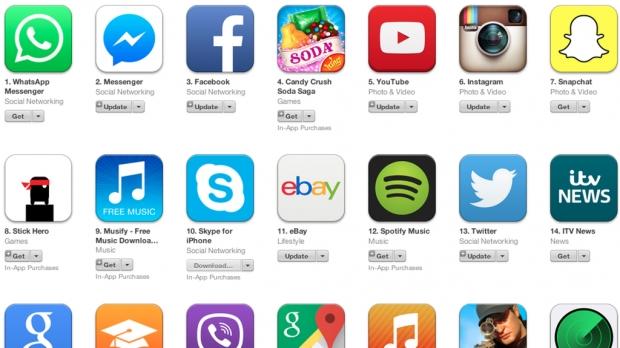 Gaming, Social Networking, and Entertainment were the most popular categories. Minecraft, Trivia Crack, Heads Up!, Clash of Clans, Monster Strike, and Game of War - Fire Age and Fantasy Westward Journey dominated games; Facebook Messenger, WeChat, and Snapchat took over the social space, and Netflix, Hulu, and Match were at the top for Entertainment.

This sub-industry -- centering on app creation, software engineering, as well as non-IT jobs -- has created over 1.4 million jobs in the US; previous reports indicated another 2.6 million jobs had been created across both Europe and China, for a total of 4 million.