CES 2016 - Within 24 hours of AMD taking the NDA lift off of its next-gen Polaris architecture, NVIDIA announces that its Pascal architecture is being used in its new Drive PX 2 system for cars. 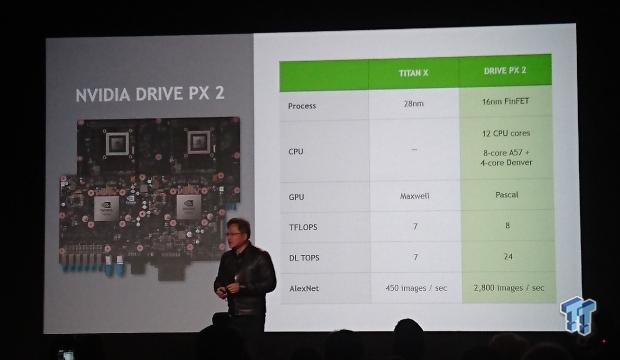 NVIDIA's upcoming Pascal GPU will be pushed onto the 16nm FinFET process, but outside of that we don't know too much. The automotive market will see a liquid-cooled, 250W beast inside of cars that is capable of taking in a crazy amount of information - up to 2500 images per second worth - which will drive the autonomous car market going into the future.

When it comes to video cards, we should expect NVIDIA to unveil its Pascal-based video cards at GTC 2016 in early April.