Intel has announced that it has acquired Ascending Technologies, a German company that specializes in detect-and-avoid systems for UAVs. 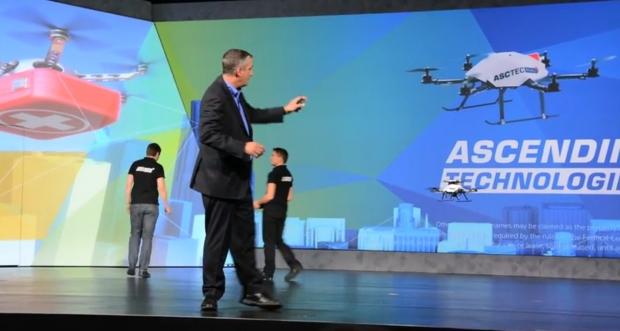 Last year at CES 2015, Ascending Technologies helped Intel show off with a game of "drone ping pong", with the companies teasing a hovering drone that automatically moved away from people and objects that were close to it. The drone was called AscTech Firefly, featuring six of Intel's impressive RealSense depth cameras.

Intel's acquisition of Ascending Technologies is a reiteration of its interest in the UAV business, which is something the company calls "an important computing platform of the future".