It was only a couple of days ago that we heard that AMD's next-gen GPU architecture would be called Polaris, but now we're hearing about a refreshed Xbox One that would feature this new GPU. 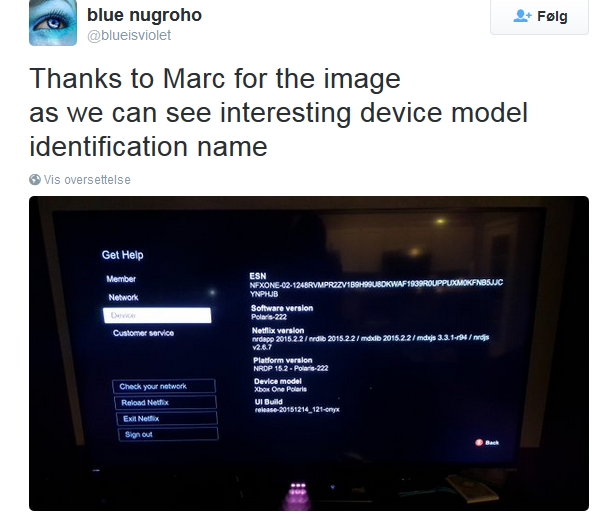 The news is coming from a rumor posted on the Overclock.net forums, where you can see the device model listed as "Xbox One Polaris", but the software version is also something worth noting: "Polaris-222". Now, this could just be a huge coincidence, that Microsoft's updated Xbox One software is called Polaris - but with a rumored Polaris architecture in the works from AMD? Well now. Keep in mind that AMD's APUs power the Xbox One, it makes sense.

We definitely have the rumor stamp out for this one, but if it turns out to be true, you can bet we'll hear more about this in the coming months.