'Star Wars' creator George Lucas has issued an apology for a bizarre comment on the Charlie Rose U.S. talk show, where he likened Disney, the new owners of the 'Star Wars' franchise to "white traders" before wisely abandoning that train of thought. 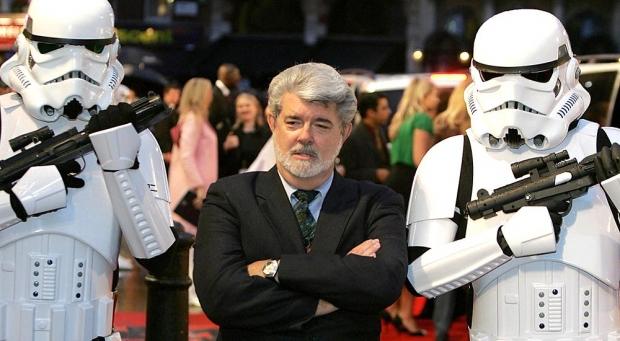 In a somewhat grovelling statement published by The Hollywood Reporter, Lucas says he "misspoke and used a very inappropriate analogy and for that I apologize". Providing further contrition to the house of mouse, he went to say "Disney is doing an incredible job of taking care of and expanding the franchise. .. I am thrilled that Disney has the franchise and is moving it in such exciting directions in film, television and the parks. Most of all I'm blown away with the record breaking blockbuster success of the new movie and am very proud of JJ and Kathy."

I guess it's going to be a while before Lucas does media again, and forever if Disney had anything to say about it, I'm sure. Meanwhile, 'The Force Awakens' continues to smash records, overtaking 'The Phantom Menace' to become the eighth highest grossing film of all time.