The RTS, particularly the true 3D environment kind where you can use the entire map (and astronomical objects) to your advantage kind, doesn't get as much love as it should. One indie project headed up by a small team is making some stellar (pun intended) progress with theirs, Shallow Space. 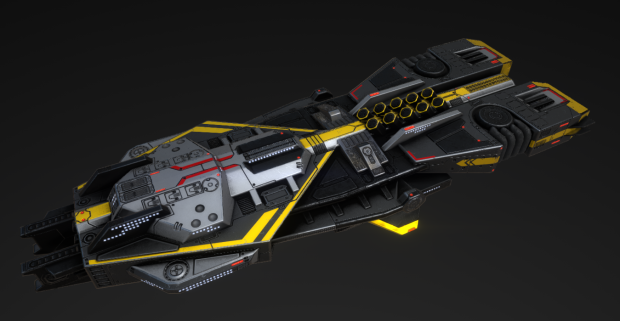 They've got an influx of new ship models to help round everything off. The MFC Vindicator is featured above. Previously they were using placeholders from the Unity store itself until they could get their project Omega off of the ground. The new ships have their own design flavor that's reminiscent of ships found in Jupiter: The Nexus Incident, of which Shallow Space is the spiritual successor.

Also coming soon are some new maps and areas so that you can take those aforementioned ships and duke it out with the opposing factions. Just AI for now. But in those maps you'll find a huge expanse occupied by NPC traffic and lots of enemies strewn about an objective laden area. Zooming in and watching the ensuing dogfights is going to be a lot of fun.

These types of games don't speak to everyone, though Shallow Space should help revitalize the series for the old die-hards and maybe provide a fresh enough perspective for those looking in from the outside. Check it out, though, it's using Unity 5 at its finest.