The update does warn about SD cards, with a note to "please make sure it is backed up first". One great thing about Android 6.0 is that it "adopts" your SD cards, detecting them as if they were part of your internal storage. NVIDIA says that there's a revamped camera UI with a more "material"-inspired theme and some new real-time image effects.

The company has also included some NVIDIA-inspired wallpapers, with Fallout Shelter also now preloaded onto the Shield Tablet K1.

This update for SHIELD Tablet K1 upgrades the Operating System to Android version 6.0

MicroSD cards can be integrated with main internal storage, auto managed by system

IMPORTANT: IF YOU ARE CURRENTLY USING A MICROSD CARD IN THIS SHIELD TABLET: In Android 6.0 there are changes to how expanded storage works. After this upgrade, there will be 2 ways to setup the MicroSD card, please read carefully.

Portable Storage: This option will not delete data from the SD card

Internal Storage: This option wipes all data from the SD card. If you are currently storing data the SD card, please make sure it is first backed up 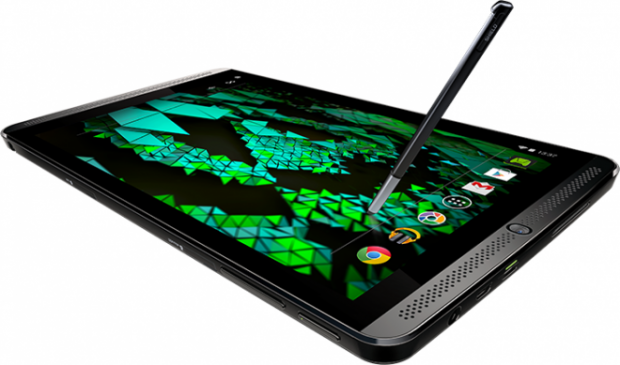