Technical Illusions, the AR startup that launched its CastAR augmented reality headset onto Kickstarter in October 2013, has promised to refund the original Kickstarter backers - but with a twist, they will also provide them with a free consumer CastAR system when it launches. 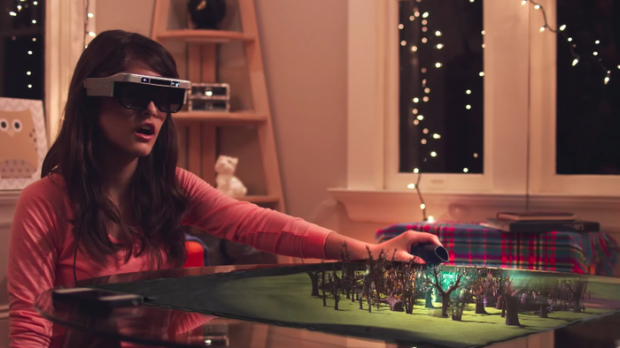 During an interview with GamesIndustry.biz, Technical Illusions' CEO David Henzel-Wallace said: "We're giving every backer who was expecting CastAR hardware a free consumer CastAR system at release and will be fully reimbursing their Kickstarter backings. We will start reimbursement via Paypal at the start of the new year with the last batch going out on February 29". He continued: "We're offering reimbursements to backers who pledged at the hardware tiers - "The Magic Wand" and above. The exception is the Early and Almost as Early CastAR backers, since those backers have already received their Early CastAR prototypes. That said, we'll happily exchange any Early CastAR prototypes for a discount code good for one free consumer CastAR at product launch, if any Early/Almost as Early backers would rather wait for the consumer CastAR and content. A standard Kickstarter Survey will go to all backers this week to collect the necessary info".

GamesIndustry.biz asked the big question, "why do such a generous thing when you could just keep the cash?" Henkel-Wallace replied: "Just because you can do something doesn't mean it's right. We have several reasons why we felt it was best to draw the Kickstarter to a close, and why that should involve reimbursing the backers. First, backers ordered various combinations of hardware (e.g. some just glasses, some glasses plus a magic wand controller, etc). It's hard for developers to write fun games if they don't know what the user will have. This way we can level out the configuration (e.g. our consumer product will have the wand!). Second, our Kickstarter rewards were developer-oriented, but we later learned that most of our backers had really expected a consumer product complete with content. Rather than tell people that they would simply have to write their own games, we decided it's better to take the time to give backers what they expected".

He wrapped up, adding: "Third, we promised, and initially delivered, a lot of background details as our development progressed. But as we moved from development to exploring manufacturing, commercial requirements (such as vendor NDAs) made this harder and harder to do, until we reached the point where we could only either provide vacuous "updates" or say nothing, neither of which our backer community appreciated. Because we wouldn't be here without our Kickstarter community, who gave us the early support and momentum that we needed to get to this point, we didn't want to leave them high and dry. Our backers also helped us prove that there was a large and enthusiastic market for this type of product, and that was important in getting our Series A round. We want to do right by our backers and think that this is the right way to do that as well as move us forward as a business".

The full interview has plenty more, so be sure to check it out.