AMD is working on what it refers to as Zen+ and Zen follow-on CPUs: new generations of CPUs all set to arrive within the next three to five years, each aimed at satisfying high-end customers. 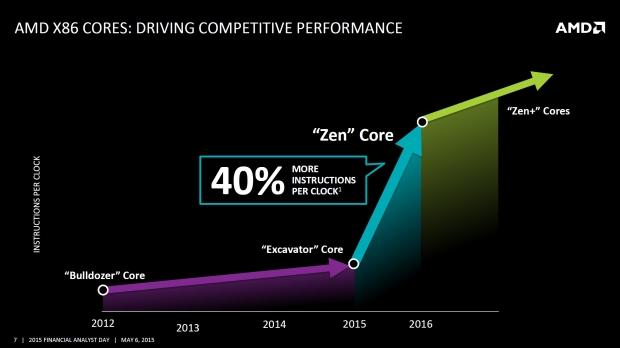 The news was announced by AMD CEO Lisa Su at the 19th Annual Technology, Media & Telecom Conference this week. While the company has previously indicated there would be more to come from Zen, it was all very vague and lacking a concrete timeline as we have now.

The idea is to keep Zen going until a new microarchitecture is introduced. Seeing a long-term roadmap is no doubt a welcome sight for AMD users, particularly given the short-term plans that came with Piledriver.

Zen is planned for launch by the end of 2016, with full availability commencing in 2017.