Sony touts that its console-powered PlayStation VR headset sports "cutting edge" 1080p OLED displays that will prove to be a tremendous advantage over competitors like the Oculus Rift and HTC Vive.

Japanese console gaming giant Sony is extremely confident that its PlayStation VR headset will make its mark on the new frontier of virtual reality. In the past, Sony execs have called the PSVR the "ultimate weapon for developers", but the headset's real power lies in its display. The PlayStation VR is housed with a 1080p OLED True HD display that runs at 120Hz, which is similar on the surface to the Oculus Rift's display panel. The PSVR has a secret weapon, however: a true R, G and B for every True HD pixel, which makes for extremely crisp visuals.

In a recent interview with Game Informer, the Director of Sony's Magic Labs Dr. Richard Marks detailed the PSVR's display. "The display we chose is 120Hz True HD OLED and each pixel of True HD has R, G, and B subpixels, so if you count the number of subpixels, our True HD has more resolution, more subpixels, than higher resolution than what you can see on a smartphone. We are adopting the really cutting edge display technology for PS VR and integrating it really, really tightly with PS4. That's how we are ensuring the great experience coming from PS VR from day one and as time goes by, the PS4 hardware doesn't change, but because the console allows game developers to really go deep to extract more performance out of."

While Sony's PlayStation VR headset might have an advantage in display tech, the HTC Vive and Oculus Rift are powered by PC's, thus they have tremendous gains in raw horsepower. The Rift and Vive will be able to harness today's top-of-the-line video cards and processors, including NVIDIA's GTX 980 Ti and Intel's new Skylake line, and will see huge performance boosts as a result.

On the other hand, the PS4-powered VR headset won't need any software or hardware tweaking to use. Sony's Dr. Marks also notes that PS4 owners "won't need any technical knowledge to use the PS VR", which fits right in with the casual-friendly nature of console gaming.

Back in October we reported on a similar story where Sony's Dr. Marks revealed a ton of details about the PlayStation VR. That interview highlighted a smattering of content including the PlayStation VR's required "processing box" that's used to boost the PS4's CPU and GPU power to process visual data and upscale images, as well as how Sony started developing PSVR alongside the PS4 as early as 2010.

Sony plans to release the PS VR headset in 2016, with pricing and launch dates to be announced next year. 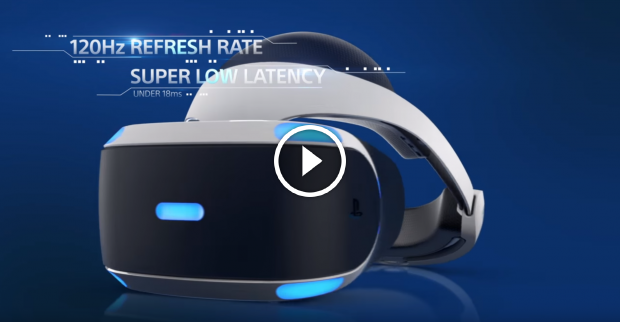