Expecting to see an overall shipment number of 8 million units before the end of 2015, ABI Research has given Google the tick of approval, naming the Chromebook series as the best-selling laptops of 2015. 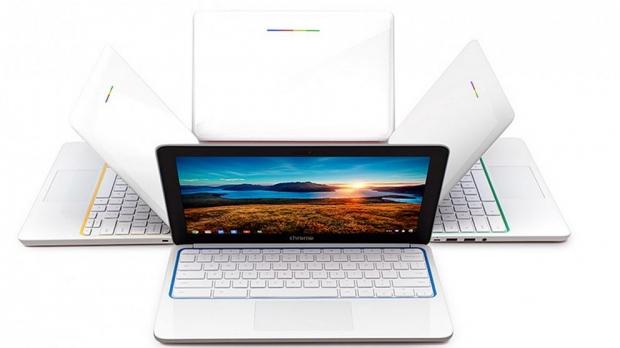 ABI Research's Research Director, Jeff Orr, says that "Industry professionals can expect the notebook PC market, including Chromebooks, laptops and ultraportable PCs, to remain roughly flat year-on-year in 2015, with flat to slightly positive growth projected through 2020." While this marks concern for manufacturers are overall PC sales aren't progressing all too smoothly as of late, Orr added, "Specifically, data suggests a 2016 sales surge in both Chromebooks and ultraportable PCs as consumers continue to adopt Chromebooks into classroom settings and 2-in-1 ultraportable PCs maintain their trend status as the future of portable computing."

While the total number of shipments in 2015 for notebooks is said to be around 163 million, this marks a 14 percent decline when compared with 2014, said to be partly due to losses posted by Acer, ASUS and Lenovo, in a report by ZDNet.