A couple of days ago we wrote a story about GDDR6 being teased, and that it could've been a rebranded version of GDDR5X... well, that was wrong. Micron reached out to us clarifying it all, saying that "the new memory advancements coming from Micron in 2016 are going to be called GDDR5X, not GDDR6". 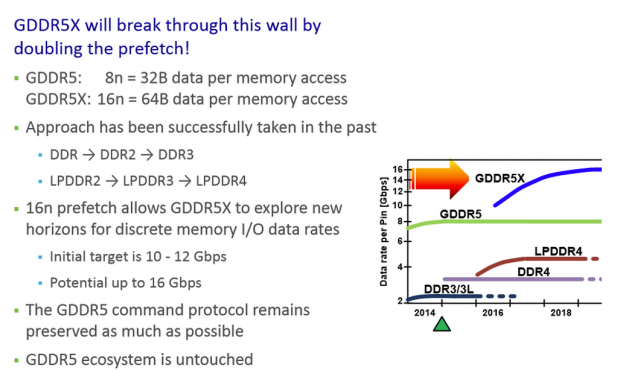 They continued, adding that "GDDR5X and GDDR6 are not the same product and Micron has not announced any plans involving GDDR6". This fully clears things up for not only us, but the world. We will see GDDR5X released onto video cards next year, allowing for much higher memory bandwidth - and while it won't be high as HBM1 or HBM2, it will be significantly higher than the normal GDDR5 we have today.