Most people would think that the iPad is still the tablet sales king, but things have changed - and they've only changed in the last month. According to the latest data from 1010data Ecom Insights Panel, iPad sales plummeted in the last month, from a decent 35% or so market share to just 17%. 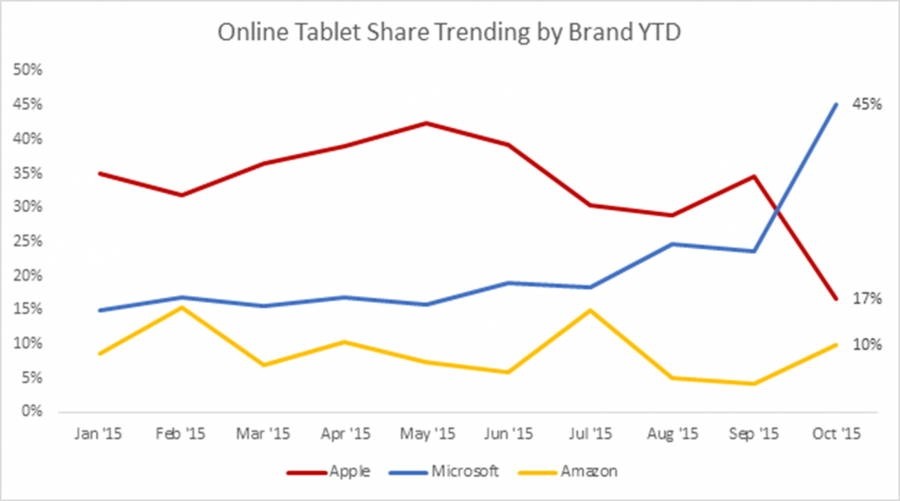 Microsoft seems to have taken over, with September's market share numbers for the Surface sitting at around 24%, aby skyrocketed to 45% last month. Why? Well, Microsoft did launch its new Windows 10-powered Surface Pro 4 tablet, which is a pretty damn good tablet - especially compared to the much more casual iPad - and even the bigger, 12.9-inch iPad Pro (which still runs iOS).

The more surprising thing here is that Apple took a huge hit to their tablet market share domination, and it only took one device launch from Microsoft, and one month to do so. It proves that Microsoft has something truly great on their hands with Surface, which excites me to see what we'll see in the future from the company, especially with HoloLens in the oven.