While Apple likes to downplay specifications and focus on real-world results, enthusiasts will be enthusiasts. Case in point: patent and technology partner company Chipworks has again broken down an Apple processor and spilled the juicy specifications. This time it's the A9X chip -- pictured below -- present on the iPad Pro. 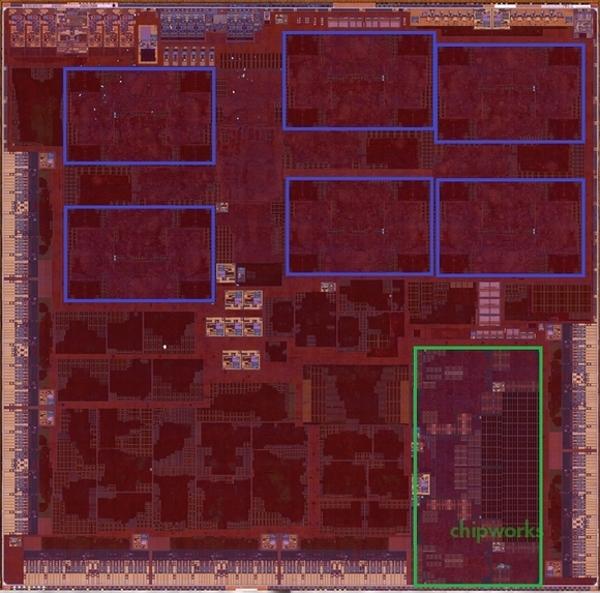 The A9X features a 12-cluster GPU (likely a semi-custom Apple implementation of the Series 7XT) and two CPU cores. It doesn't feature the level-three cache memory found in the A9, which Fool attributes to the bigger and better chip technology, rendering the old memory unnecessary, or at least not worthwhile.

And we do mean bigger: the A9X represents a 40% size increase over the A9, clocking in at about 147 square millimeters. This is appropriate for a larger device such as the Pro, as opposed to the iPhone 6s/6s Plus.