To celebrate this week's release of the hilarious comedy sequel 'Ted 2' on Blu-ray, DVD and digital, we have ten Blu-ray prize packs to give away, thanks to our friends at Universal Sony Home Entertainment.

The world's most foul-mouthed teddy bear is back and cheekier than ever. All Ted wants is a child of his own, but when he's lawfully declared as 'not a person' by the Commonwealth of Massachusetts, thereby annulling his marriage to sexy Tami-Lynn (Jessica Barth) and keeping them from adopting a child, he and John (Mark Wahlberg) must go to court to fight for Ted's civil rights. The thunder buddies for life, invest their trust in pro bono lawyer Samantha L. Jackson (Amanda Seyfried), to fight for the right to legalise Ted in this raunchy comedy sequel. Lovable and foul-mouthed, the thunder buddies embark on an adventure to discover what it means to be a person and how to prove it in a court of law. 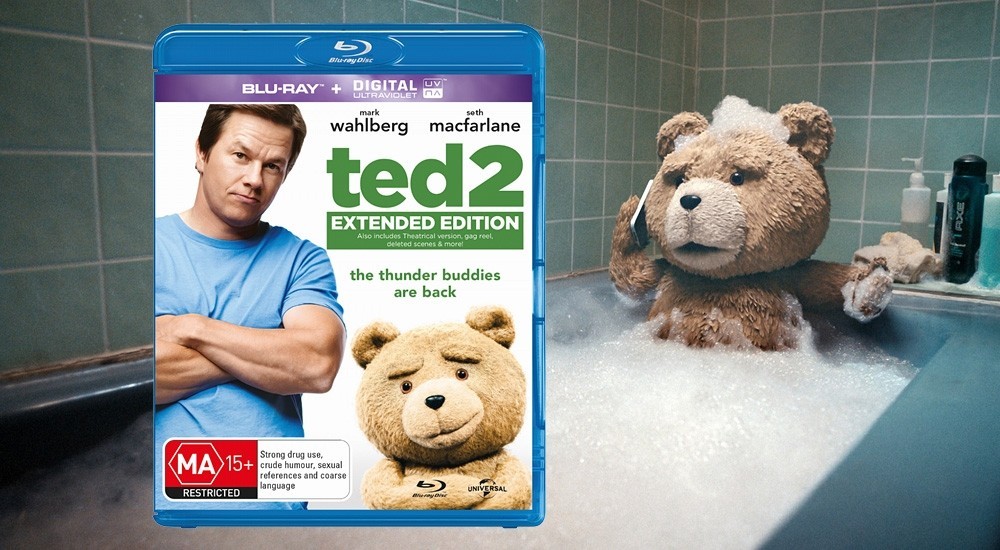 Name the voice of Ted