With the release of Star Wars: Battlefront later this week, we're being told that the $50 season pass being made available will include 16 new mutliplayer maps released throughout 2016. 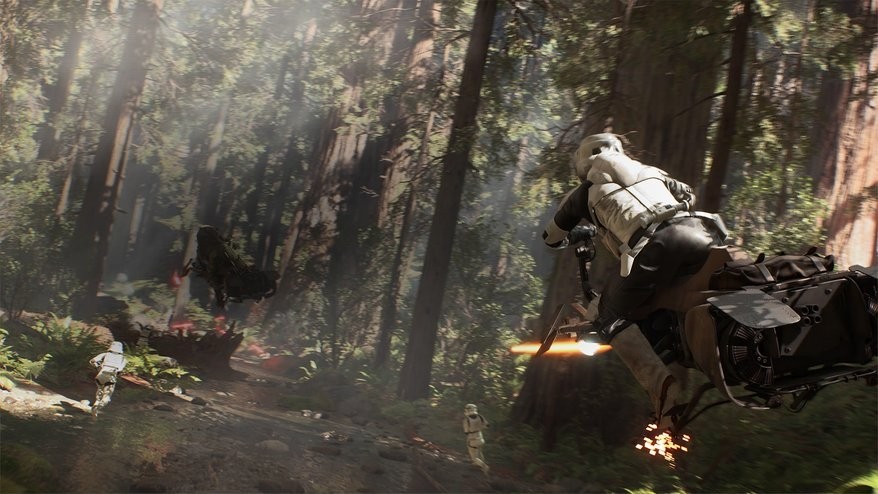 Battlefront will launch with 12 maps, with the four expansion packs included in the season pass to provide 16 new maps, starting in "early" 2016. There will also be 20 "new pieces of galactic tech" which will arrive in the form of new weapons, vehicles and Star Cards. Additionally, we'll see four new heroes and villains, as well as four new game modes.

Purchasing the $50 season pass for Star Wars: Battlefront will see you receive access to each expansion two weeks earlier, as well as a "shoot first" emote. The problem is, early word on Battlefront is that it's not that great - which is not what gamers want to hear with so many other games being released all in the same month.