Intel is preparing its new wave of NUC units, which will be compatible with the company's new Skylake processors. The new Intel NUCs will be available with both Core i3 and Core i5 processors, with the Core i5 version rocking Iris 520 graphics. 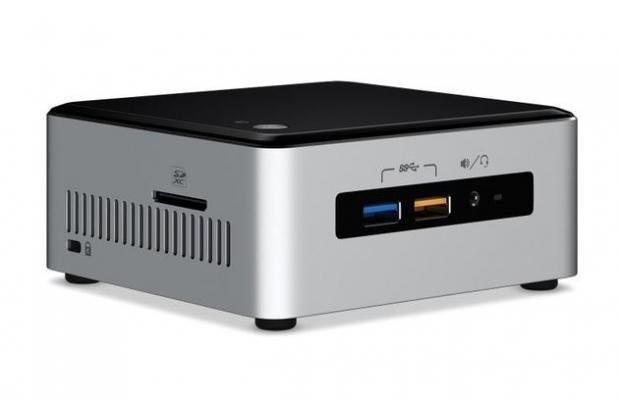 Why is the Core i5 version of the new Skylake-powered NUCs so important? Up until now, Intel has reserved the Iris-powered NUCs to the higher-end Core i7 models, but now the Core i5 model will feature the better integrated graphics power. Both models will include SDXC slots, full-sized HDMI with 4K video and 7.1-channel audio support, two USB 3.0 ports on the front, two more USB 3.0 ports on the back, miniDisplayPort out, Ethernet, 802.11ac Wi-Fi, and Bluetooth 4.1.

We should expect a release date for the new Skylake-powered NUCs soon.