Northern California citizen Tom Dickey has filed a lawsuit on behalf of himself and other AMD customers, alleging that AMD misrepresented the amount of cores present in its Bulldozer CPUs. 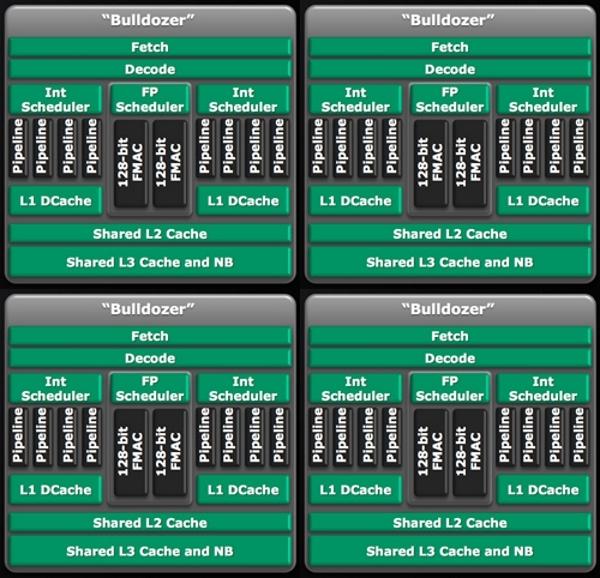 Bulldozer CPUs were marketed as having eight cores. And while this is true, Dickey posits the design is such that this was achieved by "stripping away components from two cores and combining what was left to make a single module." In doing so, the cores do not work independently, and therefore cannot perform eight instructions simultaneously and independently, as an eight-core CPU is expected to.

Dickey is suing for "statutory and punitive damages, litigation expenses, pre- and post-judgment interest, as well as other injunctive and declaratory relief."