NVIDIA doesn't just release video cards for gaming you know? Yeah, we thought so - but check out their latest NVS 810 video card, which has an insane 8 x mini DisplayPort outputs - each capable of taking 4K displays at 30Hz each. 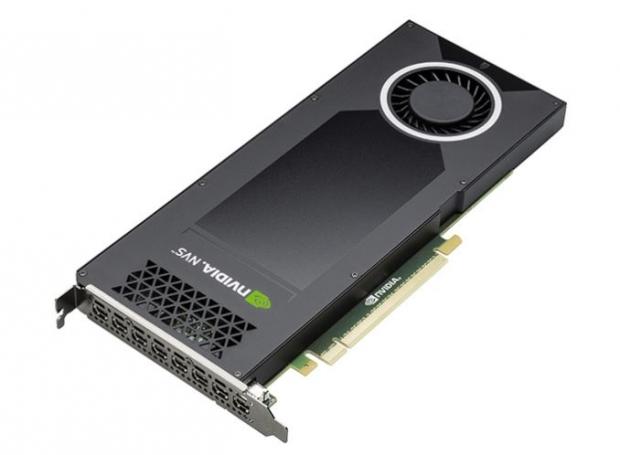 The board takes just 68W of power, and is a single slot card for systems where you can have them nice and thin - think display-heavy and digital signage systems. As for what makes the NVS 810 tick, we have 1024 CUDA cores thanks to the use of two GM107 GPUs with 512 CUDA cores on each GPU. There's 4GB of RAM, but NVIDIA doesn't specify if its DDR3 or not.

Using the NVS 810 with NVIDIA's Mosaic display stitching and synchronization technology, you can use multiple NVS 810 cards for huge display setups. The card is expected to be priced between $650 and $750, and should be available soon.