To celebrate this week's home video release of the summer's blockbuster sequel 'Jurassic World', we're very excited to be able to giveaway fifteen 3D Blu-ray copies to our readers, thanks to our friends at Universal Sony Pictures. 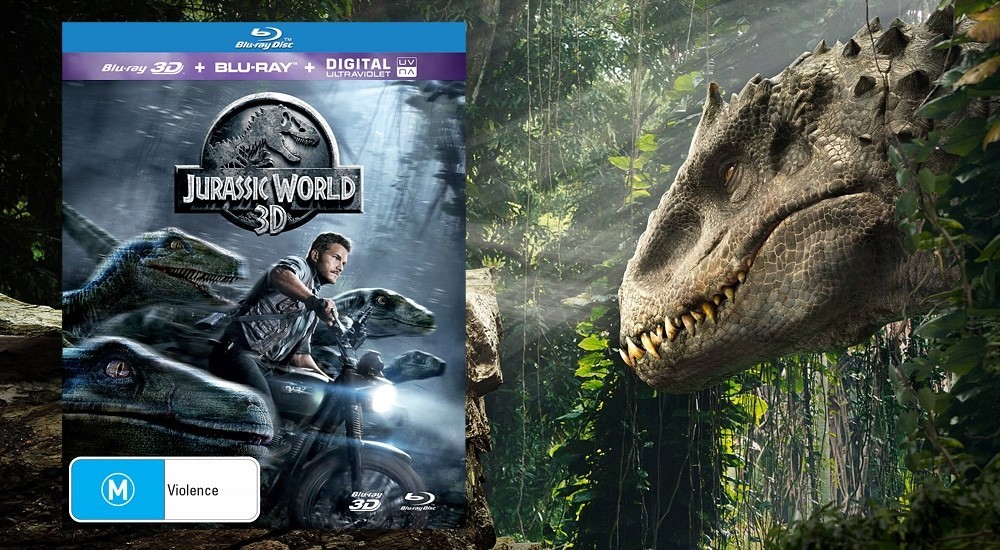 Directed by Colin Trevorrow and executive produced by Academy Award winner Steven Spielberg, one of the biggest movie franchises of all time gets even bigger with Jurassic World. 22 years ago, John Hammond envisioned a theme park where guests could experience the thrill of witnessing actual dinosaurs. Today, Jurassic World welcomes tens of thousands of visitors, but something sinister lurks behind the park's attractions: a genetically modified dinosaur with savage capabilities. When chaos erupts across the island, Owen (Chris Pratt, Guardians of the Galaxy) and Claire (Bryce Dallas Howard, The Help) race to restore order as a day in the park becomes a struggle for survival.